Skip to Main Content
It looks like you're using Internet Explorer 11 or older. This website works best with modern browsers such as the latest versions of Chrome, Firefox, Safari, and Edge. If you continue with this browser, you may see unexpected results.

What are the Restatements?

What are the Restatements? 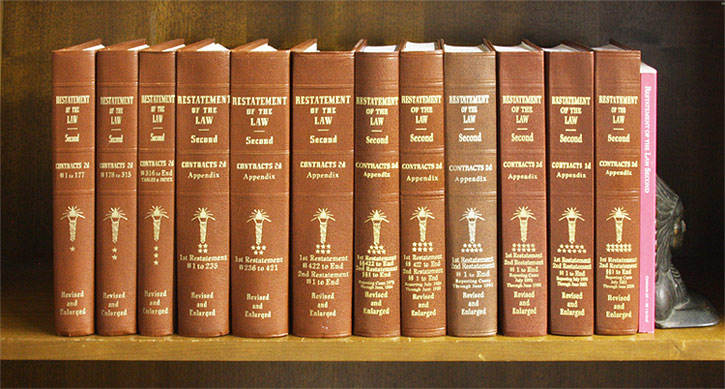 The first Restatement was adopted in 1923-1944.  Since then new subjects have been added and the Restatement 2d and Restatement 3d have been published.  When a topic is updated, it does not always supersede a previous version of the Restatement.  For this reason, you must always check the appendix volumes when using print materials.

It is available on Westlaw and Lexis under secondary sources. It is also available on HeinOnline under the American Law Institute library.

What do they offer?